Yes, (some) For-Profit Companies Can Be Empathic 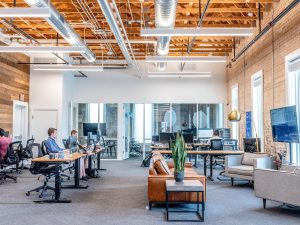 Thirty thousand years ago, humans shared the planet with at least five other large-brained human species. But over millennia, sapiens evolved to make interpersonal and social connections easier, according to Stanford research psychologist Jamil Zaki. “Our testosterone levels dropped, our faces softened, and we became less aggressive. We developed larger eye whites than other primates, so we could easily track one another’s gaze, and intricate facial muscles that allowed us to better express emotion” he writes in his book The War for Kindness.

In short, humans leveraged empathy to survive and thrive.

Makes you wonder: Can empathy be deployed by organizations to flourish too? Can private sector companies engage in purposeful empathy to contribute to a better world? The short answer is yes and yes – as I shared in a recent talk I gave at the Conscious Organization Summit.

Unilever is a British–Dutch multinational consumer goods company that produces some of the best known brands in the world (i.e. Dove, Lipton, Knorr, Vaseline) used by 2.5 billion people – every single day. Last year, they revealed their 28 purpose-led brands grew 69% faster than the rest of their business and delivered 75% of the company’s growth. The company’s Sustainable Living Plan also sets out to decouple their growth from their environmental footprint, while increasing their positive social impact, especially vis-à-vis several key UN Sustainable Development Goals (SDGs).

Interface is a global leader in manufacturing commercial flooring and carpet tiling. Inspired by the vision of their founder, Ray Anderson, they became the first global carpet manufacturer to sell all their products as carbon neutral across their full life cycle. In addition, their Climate Take Back™ initiative aims to reverse global warming. According to them: “It’s no longer enough to limit the damage we do, but to think about reversing it. We want to restore our planet and leave a positive impact.” (If you haven’t seen the late Ray Anderson’s TED talk, I highly recommend it.)

Participant Media is committed to producing socially relevant entertainment that inspires audiences to engage in social action. It has more than 100 feature and documentary films under its belt (including An inconvenient Truth, Just Mercy, Spotlight and Charlie Wilson’s War) that have collectively earned 74 Academy Award® nominations and 19 wins. They aim to unify art and activism, and their current focus is “protecting our democracy and building a more inclusive and equitable future” by assembling tools and resources for audiences to take action. (Founder Jeff Skoll’s TED talk is also worth watching.)

Danone is a European multinational food-products corporation. Fifty years ago, its founder articulated a vision for his company that included seeing economic and social goals as interdependent, and the company remains committed to that idea. One example of how this plays out in practice is their partnership with Nobel Laureate Dr. Muhammad Yunus to fight poverty and malnutrition in Bangladesh through the establishment of Grameen Danone Foods, Ltd (GDFL). By selling Shokti + yogurt at an affordable price, the company delivers 30% of the daily requirement for iron, zinc, vitamin A and iodine to its consumers. GDFL prides itself for being a social business that “places its social mission at the heart of its economic model.” (I suggest watching the convocation speech delivered by Emmanuel Faber, Danone’s CEO.)

Last year, Davos put out a manifesto stating: “The purpose of a company is to engage all its stakeholders in shared and sustained value creation. In creating such value, a company serves not only its shareholders, but all its stakeholders – employees, customers, suppliers, local communities and society at large.” It was a direct rebuke of the Friedman doctrine.

Increasingly, companies understand they don’t have to forfeit profit to create positive social or environmental impacts. Even skeptical companies are taking note to play defense. According to an Accenture study, four out of ten American consumers disappointed by a brand’s words or actions on a social issue simply walk away from the brand – and never look back. That’s a big risk worth mitigating.

I believe neo-liberal, extractive and predatory capitalism is fundamentally flawed and our goal should be to transition to an economic system that’s equitable and sustainable. That’s why I applaud initiatives that improve how companies operate – be it by having robust EDI practices, adopting circular economy processes or becoming a BCorp.

Of course, in the long-term, we must do better.

In a recent episode of my Youtube series, I spoke with Lamiya Morshed, Executive Director of the Yunus Centre. She has worked alongside Dr. Yunus for more than three decades to promote the concept of social business. During our conversation, she described how social businesses are founded expressly to address social and environmental problems. In so doing, social businesses reflect the best of our humanity.

Our talk gave me hope. Just as sapiens leveraged empathy to survive and thrive as a species, I believe some companies – including all social businesses – are deploying purposeful empathy to help us out of the giant mess we’re in. I just hope we don’t need thirty thousand years to get there.