The Role of Self-Care in Activism

Trigger warning: This blog includes a description of a harrowing lived experience. 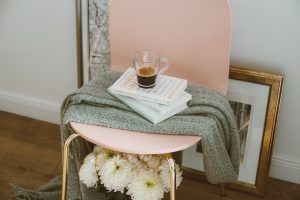 Trigger warning: This blog includes a description of a harrowing lived experience.

That’s why I was excited to attend a recent “read-along” featuring Sharon Salzberg, author of Real Change: Mindfulness to Heal Ourselves and the World – a book she says was written for activists and caregivers, including healthcare providers, social workers, and humanitarians.

During the zoom session, she shared a story that really struck me. She’d been invited to participate on a speaker’s panel with Alice Walker, Richard Gere and the Dalai Lama, and they were asked: ‘Must great works of art originate from suffering?’ His Holiness chuckled and replied: ‘That’s a very Western idea. In my culture, if the artist becomes kinder and more connected in the process of creating a work of art, that’s what makes it more beautiful and valuable.” Then Salzberg added: “What if we looked at activism that way.”

This got me thinking about my own social engagement.

In 2008, my sister Helen and I spent part of our summer as volunteers with Tubahumerize, an NGO dedicated to empowering Rwandan women through trauma counseling and vocational training. All 400 members of the cooperative had lost family members, few had formal education, most lived in abject poverty and many had contracted AIDS through genocidaire rape. They were among the most vulnerable women on the planet. And the most resilient.

We hadn’t planned on shooting video-testimonials, but it was clear that survivors wanted to share their stories and have their experiences documented. Naively, we both believed having visited Auschwitz and the killing fields in Cambodia, we were mentally prepared. Instead, the accounts we filmed were spiritual wrecking balls.

One man, for example, who had taken refuge with his family in a church, described how his wife and six children were massacred by machete. He managed to escape the same fate by running 30 miles barefoot to a friend’s home. He hid under their kitchen floorboards for three months, without eating, drinking or moving – sometimes for days at a stretch – tormented relentlessly by nightmares that he could do nothing to save his loved ones.

For more than a day after hearing his story, I couldn’t eat, sleep or talk. The weight of his anguish was crushing. Then, two nights before my departure, I had a breakdown. The social worker who facilitated healing circles for Tubahumerize hosted us for dinner. Charlotte had six children, including two orphans she adopted post-genocide. She welcomed us into her modest home, handed us two small bottles of Coca Cola and ushered us to the dining table. The spread included sweet potatoes, beef stew and traditional Fufu. How she paid for the meal is still a mystery. We poured the contents of our bottles evenly across the glasses set at the table and watched her children delirious with excitement. None had tasted Coke before. My two sips felt like shards of glass going down.

That night, I cried my guts out. I was incensed by the magnitude of injustice in the world and mortified by my hubris thinking I could somehow make a difference. I felt like a fraud engaged in genocide tourism. Worse, during my layover at Schiphol International Airport, on my way home from Africa, I got a pedicure.

Trust me, I’m not proud to admit that. And I’ve reflected on my decision for more than a decade with a heaping dose of remorse and self-recrimination. But perhaps it’s time to re-frame that indulgence as an important act of self-care.

In Real Change, Sharon describes a study conducted with social justice and human rights activists, whereby “Participants reported guilt and shame associated with considering their own well-being, which they came to think of as in conflict with the selflessness of their work.” That sounded awfuly familiar to me.

Towards the end of the “read along” she offered some sage food for thought: “Activism is about honouring everyone’s innate dignity and innate worth. Our own and everyone else’s.” Given the long fight ahead to achieve peace, justice and shared prosperity, I think that’s an idea worth taking to heart.