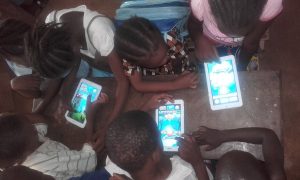 Wanda is a proud grandmother and small business owner. She also rides a Kawasaki Vulcan and clocks about 5000km per year. No mid-life crisis. She simply loves the wind in her face.

In the 1990s, while having breakfast with her two daughters, she felt sick to her stomach reading the Sunday newspaper. Her eyes landed on a photo from Afghanistan depicting a nervous-looking nine year-old girl, sitting cross-legged on a big silk cushion, next to a man with a long black beard, twenty years her senior. It was their wedding day, and her father had just sold her into marriage to a warlord. For 750 bucks.

Wanda remembers lifting her gaze to look at her beautiful girls. She thought: “In a best-case scenario, that girl is now a domestic slave. Maybe her father needed money to feed the rest of his family, but doesn’t he understand that he just sold his child?” By the time she finished the article her blood was boiling, and without realizing it, she was yelling at the paper: “How can something like this be happening in the 21st Century? How is it possible that girls and women’s lives are worth so little?” She thundered on for several minutes until her eldest daughter asked: “So, mom, what are you going do about it?”

For months, her daughter’s question played on a loop in her mind. What was the point of getting upset about something without doing something about it? But what on earth could she do?

One day, her memory was triggered back to a traumatic incident that happened to her overseas, two years earlier. Until that time, Wanda had enjoyed a life of unfettered freedom. A sense of autonomy and self-determination that she’d taken for granted. All of that that changed in 1998, when she felt her civil liberties under siege.

Wanda was a member of a Canadian delegation of small business owners who took a 20-day trip to Iran. Her small company manufactured pressure vessels for the oil and gas sector and had contracts all over the world. That meant Wanda was well versed in intercultural communication. Plus, her husband was Persian, so she felt at ease traveling to Tehran by herself. Her peace of mind vaporized overnight.

Shortly after her arrival, several of her husband’s cousins dropped by her hotel to say hello. She remembers extending open arms to greet them, but a male cousin rebuked her vociferously: “You can’t touch a man in public!” She also had to wear a headscarf all day, which she hated: “It kept slipping off and everyone around me got all wound up. It was such a burden because I don’t even wear a hat during the Canadian winter.” Wanda spent the entire trip obsessing over whether or not she was properly following social protocol.

Her stress peaked at the airport on her way home when a security guard threw her passport, boarding pass and other important documents across the room and threatened to call the police and have her arrested. “I didn’t understand what was happening and I was terrified,” she admits. “I dropped to my hands and knees to gather all my stuff and ran like the wind. The guard started yelling, but I kept going, praying that no one would catch me.”

That experience shook her. On a visceral level she understood just how quickly her freedom could be taken away. Back in the comfort of her home, the drama faded away. Until she connected some dots. Her experiences in Iran were on the same gender discrimination continuum as the Afghani girl sold into marriage. That’s when she became obsessed with a question: Why are girls and women across the globe valued less than boys and men?

In search of an answer, she spent more than a year attending conferences and reading reports. They all led to one conclusion: Girls and women are worth less because they’re usually a net drain on their family’s resources. Because they earn less than their male counterparts (if anything at all). Because they don’t have jobs. Because they aren’t well educated (if they’ve gone to school at all). What a vicious cycle!

Not long ago, 60 million girls around the world were not in school. Yet, the research was clear: For each additional year of primary education a girl gets, the rate of maternal and infant death decreases by 10%. And for each additional year of secondary education a girl gets, her estimated income increases by 15-25%. Upon learning this, Wanda’s life’s mission became clear: To make education accessible to the most vulnerable and marginalized girls in the world.

Wanda’s first foray into purposeful empathy began with fundraising for UNICEF. A couple of years later, she launched her own public foundation. “Since its founding in 2006, 60 million girls has raised more than $3million to support dozens of projects around the world, enabling 50,000+ girls (and some boys) access to education – including girls in Afghanistan. The foundation is completely volunteer-run, with administrative costs less than 1% of revenues. This means 99 cents of every dollar raised goes directly to projects they support. Projects that now leverage technology to support girls’ education.

For example, in 2013, they did a pilot in Sierra Leone. Picture a school with 140 students per class, no electricity, no books, no paper or pencils. Using a $100 device called Raspberry Pi, the foundation introduced a self-directed, after-school computer-based learning program. Each machine held the equivalent of 100,000 books or 400 hours of video, and up to 20 kids could connect simultaneously at no cost. The students had access to literacy software, math and science tutorials, maps, games and interactive videos, lessons in history, geography, agriculture, health, coding and music. It was any kid’s dream and the learning outcomes were off the charts.

More recently, they tested a newer device called RACHEL (which holds 1 Terabyte of content) with a Maasai community in Tanzania. “We bought an overhead-size suitcase from Walmart and a foam insert from Canadian Tire,” Wanda explains. “We added a RACHEL, 30 tablets and shipped everything off. Then locally, we added a solar charging system. The Mobile Learning Lab is 100% self-directive, so the kids have total freedom to read or watch whatever they want.” Again, the learning outcomes were astounding. (You can hear Wanda tell the whole story in her TEDx talk.) 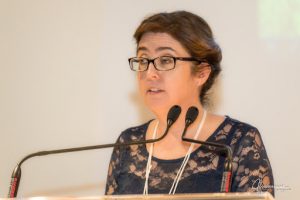 Every year, 60 million girls hosts a fundraising conference, and after delivering her closing remarks, Wanda is always approached by a few guests who say: “I’ve always wanted to do international development, but I had no idea where to start.” Wanda can relate. “In the past, when I read a story about women’s rights being abused, it made me apoplectic. But the enormity of the problem seemed overwhelming. In the end, I decided it’s better do something than nothing at all. And I sincerely believe that if everyone did a little something, that would change the world.”

What a magnificent idea: If everyone did a little something, that would change the world.

So, dear reader, what little something can you do today?

PPS Read the latest about 60 millions girls in their February newsletter. Please make a donation to 60 million girls here.