Meeting Celine Dion was memorable – but you’ll never guess why

A couple of years ago, one of my dreams came true. I got a cold call from someone who had just seen my TEDx talk who wanted to interview “a leading authority on empathy.”

Actually, I’m really proud of my status of empathy expert, and if Malcolm Gladwell is right about the 10,000-hour rule, I know I came by it honestly. I’m also ready for the next 10K – but this time, I want to bring a whack of people along for the ride.

So, I’ve started this blog to create a community of “everyday heroes doing good in the world.” And twice a month, I plan to share uplifting stories about people (just like you) who reject the prevailing narrative in our culture that says: We are different. You are not to be trusted. To each his own. There’s not enough to go around.

Instead, they demonstrate through empathic action, this counter-narrative: We are the same, except for the circumstances to which we were born, and the resulting opportunities afforded. We all deserve love, joy, dignity and respect, so I’d like to be an ally in your struggle.

As for my own street cred in the world of change-making and do-gooding, I offer these two stories:

My empathic action career started at 9 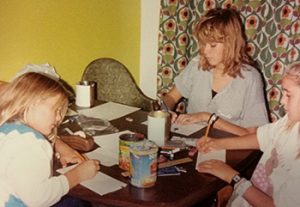 Anita (with her younger sisters Susan and Helen) counting the money they raised for The Telethon of Stars.

I have two sisters, and because my mom felt blessed by her daughters’ good health, we Nowak girls spent most of our childhood Novembers after school collecting coins (and bills when they were lucky) for the Telethon of Stars, a 24-hour live TV broadcast that raised funds for two local children’s hospitals. We did this for ten consecutive years, raising thousands of dollars along the way.

Sure, meeting guest stars back stage was a perk (you should see my pre-selfie photo with Celine Dion before she hit superstardom). But the real payback was learning the joy of “giving back” and “paying it forward.” (btw, thanks for that, mom.)

Watch me tell the full story 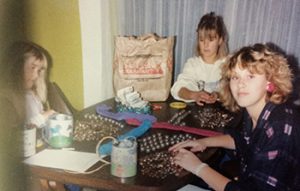 Anita (with her younger sisters Susan and Helen) counting the money they raised for The Telethon of Stars. 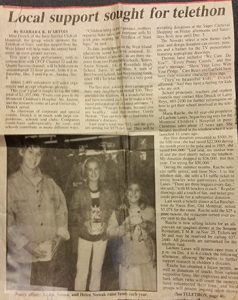 My day of reckoning 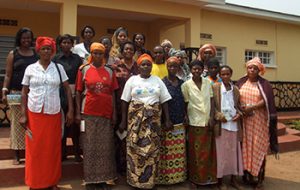 In 2008, I spent part of the summer in East Africa with my youngest sister, volunteering for Tubahumerize, an NGO that empowers survivors of the Rwandan genocide. The organization offered training programs and micro-credit loans to hundreds of women, and hosted weekly healing circles facilitated by a professional social worker.

Little by little, I came to learn about the unspeakable horrors and losses these women had endured, and the extreme poverty and gender violence they continued to face. So, no surprise, two nights before leaving, I had a proper first-world existential breakdown. 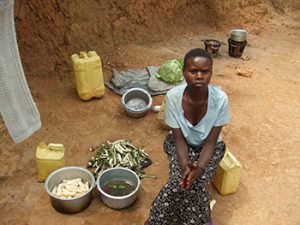 The realities of poverty in Kigali for too many genocide survivors

How could I reconcile going home to a happy and peaceful life while these women continued to suffer? Plus, I was disappointed in myself (maybe even ashamed), for having come to the realization that I lacked what it took to work on the frontlines of humanitarian aid. How would I now “be the change”?

That night, I concluded that my contribution would be through teaching, writing, public speaking and coaching. And I’ve committed myself wholly to that end.