I’m still learning to be an anti-oppression educator 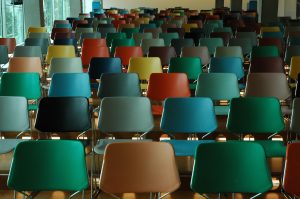 Note: This blog was written as an act of anti-racism. That said, I recognize that the most important voices in this crisis are BIPOC voices. I have also intentionally used lowercase for white and capital for Black. You can learn more about this here.

Ten years ago, as a doctoral student, I was given the opportunity to teach a graduate-level course. My own research looked at how empathy could advance social justice pedagogy. Yet, ironically, I made a flagrant mistake in the course design. A few weeks into the semester, a Black student in my class publicly upbraided my syllabus because it did not include readings from BIPOC.

The critique stung, but it was justified.

Since then, I have been careful to assign readings that are more inclusive and representative. I do the same with guest speakers and hiring TAs. But when it comes to anti-oppressive education, I know that I’m still in a learning curve. And will always be. Take this spring for example.

I’ve been teaching Social Entrepreneurship & Innovation at the Desautels Faculty of Management since 2012. To me, it’s always a joy and privilege. There’s just something about co-creating safe and brave spaces for learning about social change that lights me up – even in the midst of a pandemic with 100% of classes online. It’s not the same, but I still love it.

On June 1, mid-semester of the spring session, my students were invited to give formal presentations as part of a larger group assignment. That date turned out to be exactly one week after George Floyd was murdered. Given the tragic nature of his death and the global protests it provoked, it felt appropriate to mark a minute of silence in his honour at the beginning of class. My intention was to open a space for thoughtful dialogue about systemic racism. Among educators, those are known as teachable moments.

This was not the first time in my career I had marked a minute of silence in class. A few years earlier, we did it in response to a series of racist, anti-Semitic and Islamophobic domestic terrorist attacks that had taken place in short succession. To the best of my knowledge, students appreciated the gesture, especially within the context of a business school.

This time, after observing the minute of silence, I used the breakout room function on Zoom to give everyone time to share their thoughts (or not) in small groups, followed by a closing plenary discussion. A Black student in the class – the only Black student in the class – took this opportunity to share how tough it was for him to be talking about this just before his group presentation. He also admitted to feeling triggered and distressed throughout the previous week and explained how it had taken him time and energy to pivot into a different mindset in preparation for our class.

Sh*t. I’d messed up again. As a white person, I underestimated the burden that conversation would have on a racialized student. And that’s after spending a decade studying empathy!

A couple of days later, I came across an article entitled, Maintaining Professionalism In The Age of Black Death Is….A Lot, penned by Shenequa Golding. The subtitle was even more provocative: “I just witnessed the lynching of a black man, but don’t worry Ted, I’ll have those deliverables to you end of day.” Ouch. In it, she wrote, “I don’t know who decided that being professional was loosely defined as being divorced of total humanity, but whoever did they’ve aided, unintentionally maybe, in a unique form of suffocation.” Double ouch.

That’s exactly what I had done. I’d expected a Black student to present in class alongside his peers, not only with the backdrop of George Floyd and BLM, but worse, immediately on the heels of a class dialogue about how we were all feeling. My intention was to elevate empathic consciousness, but in so doing, I put an undue emotional toll on a racialized student. In other words, I did him harm.

I’m not proud of that, but I won’t get sucked into white guilt or white fragility. Instead, with a new academic year around the corner, I’ll double down on my commitment to anti-racism in my classes, while also acknowledging that my own anti-oppression education will never end. Finally, I call upon my fellow educators to join me. Here’s a list of resources to help us all.

·      The Anti-Racist Classroom: Towards a Pedagogy of Consensual Learning

·      Prioritizing Empathy and Anti-Racism in Schools